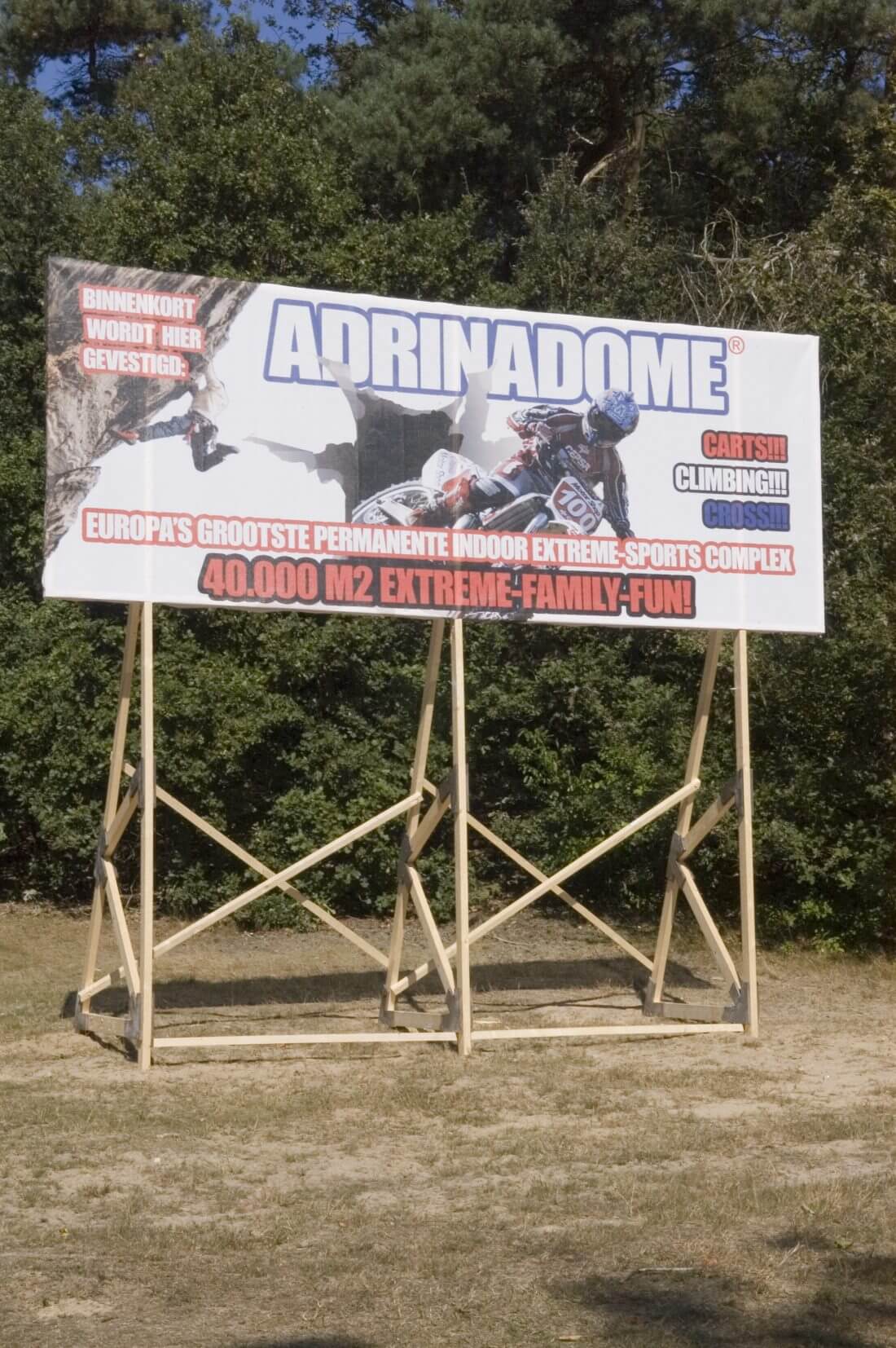 Billboard placed in the middle of a nature reserve of Venray, advertising a ludicrously big indoor extremesport-center, to be constructed there.
This was an experiment in civilian engagement;
Would they read what was on the art piece?
would they react to what was proclaimed?
would they understand it was art?
Within two days the sign was smashed and questions where asked in the city council.
We displayed it smashed.